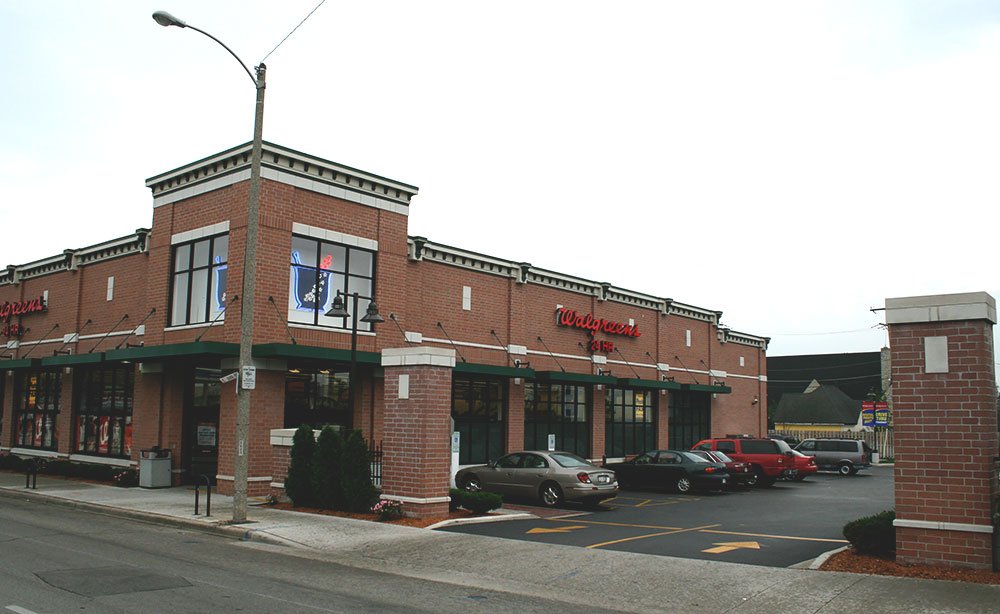 The Walgreens development at the intersection of South 27th Street and National Avenue in Milwaukee involved the redevelopment of several existing commercial and residential parcels totaling approximately 1.45 acres. Existing buildings were demolished and an existing public alley way was relocated to accommodate construction of an approximate 14,000-square-foot (SF) Walgreens retail building and an additional 1,000 SF retail building with associated parking, drives and infrastructure.

Services provided by Sigma include:

Sigma provided construction staking services for the project including grade staking, staking of curb and gutter, staking of building foundations, staking of utilities and staking of light poles.

Soils at the project site were contaminated with chlorinated solvents as well as petroleum products. Sigma developed a remediation strategy consisting of limited removal of soil “hot spots” and capping of contaminated soil. The remediation strategy was approved by the Wisconsin Department of Natural Resources. Capping of the contaminated soil was achieved by site paving. Design of site utilities was closely coordinated with site environmental issues to avoid running site utilities through contaminated soil areas which would generate contaminated spoils which would have to be properly disposed of off-site. Several previously unidentified underground petroleum storage tanks were discovered at the site during construction. Sigma provided timely mobilization to coordinate removal of these tanks so as not to delay construction.

The project required relocation of overhead electric, telephone and cable lines which ran through the project site. Sigma took the lead in coordinating rerouting of the utilities between the utility companies (We Energies, SBC, Time-Warner), the developer and the general contractor.