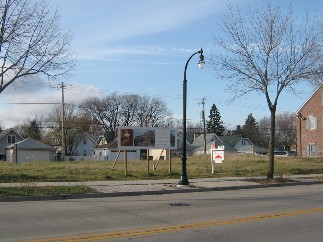 As part of the Village of Shorewood master plan to encourage central business district redevelopment including North Oakland Avenue, four properties on the west side of the 4500 block were slated for acquisition, environmental abatement, demolition and rough grading. The parcels consisted of a dentist office, three residential buildings and associated garages. One of the homes was built in the 1860s. The Village, in cooperation with the Shorewood Historical Society, desired that some building artifacts including the original pine flooring, portions of the stone foundation, and several timbers be salvaged for a historical monument.

The Sigma Group completed Phase 1 Environmental Site Assessments of the subject parcels as part of the acquisition due diligence. This activity was important as adjacent and nearby properties were former service stations where environmental remediation of leaking underground storage tanks had been performed.

Sigma also managed removal of the buildings to position the land for redevelopment as street level commercial and four stories of condominiums. Sigma conducted the asbestos, lead-based paint, and hazardous material inspections, oversaw abatement of asbestos-containing roofing, flooring, thermal and window systems, prepared project manuals for demolition and administered the razing of building and rough grading.