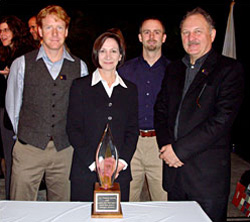 In September 2006, the City of Sheboygan was notified that it was awarded a 2006 Phoenix Award for its South Pier District brownfield redevelopment project, which includes the Blue Harbor Resort and Conference Center and other new businesses on the Lake Michigan shoreline. The city received the “Community Impact” award at the Brownfields 2006 conference in Boston, MA on November 13 – 15, 2006. This project is 1 of 11 Phoenix Award winners selected this year from across the United States – one winner was chosen from each US EPA region and two special award winners, including the Community Impact award, were selected by the Phoenix Award committee.Sigma, as a primary consulting partner, was requested by the City of Sheboygan to be at the award ceremony and to help present the case study at the Brownfields 2006 Conference. 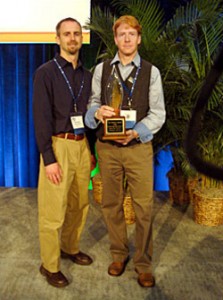 Sigma has been assisting the City of Sheboygan on this project since mid-2001, when we began evaluating environmental risks on behalf of the City before their acquisition of the 40 acre +/- lakefront property and assisting the City in negotiating the environmental agreement with the former owner. As a result of Sigma’s early assessments of existing data and reports, we were able to negotiate with the Wisconsin Department of Natural Resources a reduced remedial action approach – while still protective of potential receptors – at a significant cost savings over the originally approved remedial action plan. 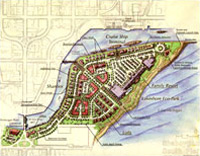 Since 2001, Sigma has designed and implemented strategies for the on-site reuse of impacted soils, remedial soil excavation and disposal efforts, construction of engineered barriers, and post-remediation groundwater monitoring. The WDNR’s Voluntary Party Liability Exemption (VPLE) committee recently agreed that no additional groundwater monitoring is necessary at the site, and final case closure will be secured in the near future.