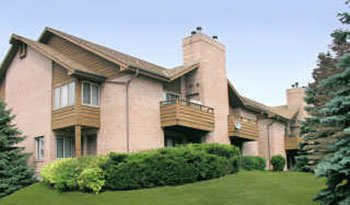 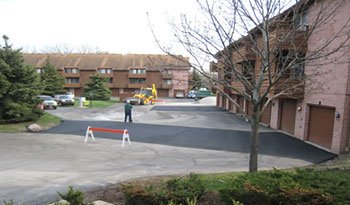 In the early 1990s, chlorinated solvent contamination from dry cleaning and metal finishing industries was detected in the southern portion of a 20-acre apartment complex property. Concentrations of tetrachloroethylene (PCE), trichloroethylene (TCE), and their associated degradation products, as well as petroleum-based solvents such as toluene and xylene were observed in both soil and groundwater samples collected at the site.

Multi-phase subsurface investigations involving soil and groundwater sampling and vapor intrusion assessments were performed at both on- and off-site locations under the direction of the Wisconsin Department of Natural Resources (WDNR), Department of Health and Human Services, and City of Milwaukee Health Department.

Following extensive investigation and source area delineation efforts, The Sigma Group prepared a conceptual remedial action plan. The conceptual plan included a field pilot study to evaluate the in situ source treatment strategy. Based on the field pilot study performed, enhanced anaerobic bioremediation was identified as the most cost-effective and applicable remediation technology to address volatile organic compounds at the site.

The in situ enhancement plan consists of providing appropriate substrate and nutrients to the subsurface to promote microbial population growth and accelerate bio-degradation of toxic constituents to their less toxic degradation compounds. Considering the property’s residential use and limited access to on-site source areas, a network of shallow infiltration galleries were proposed for subsurface delivery of the substrate and nutrients.

The remedial system design plan was prepared and submitted to WDNR for review and approval. Following WDNR approval and an underground injection permit, the remedial system was installed in early 2008 and the program of periodic addition of bio-enhancing materials was implemented.

In addition to the source treatment, Sigma designed and installed soil vapor venting systems beneath apartment buildings to prevent accumulation and migration of volatile vapors from impacted soil and groundwater.

Within three months of treatment system operation significant reductions in concentration of parent compounds (PCE and TE) were observed within groundwater. In situ treatment continued for three years followed by natural attenuation monitoring. Review of the monitoring data shows three orders-of-magnitude increase in bacterial populations responsible for the degradation of contaminants during the active phase of treatment while contaminant mass decreased by three to five orders-of-magnitude. The subsurface conditions continue to improve as a result of the removal of parent compounds via enhanced bioremediation.