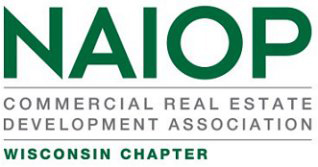 Greg Kost to Serve as 2014 Chapter President, Special Awards Given

Milwaukee, WI (January 15, 2014) – NAIOP Wisconsin elected a new President and Board of Directors at their Annual Meeting and Awards Night on January 14, 2014. The new board includes the principals of many of the region’s leading commercial real estate firms.

Gregory Kost of TOLD Development Company, was elected President of NAIOP Wisconsin for 2014. In this capacity, he will work closely with NAIOP staff and Chapter leadership to guide the Chapter’s operations. Kost is President of the Wisconsin office of TOLD Development Group and owner of Acquest Property Group, LLC. Kost has over 20 years of direct real estate experience.

“I have watched NAIPO in Wisconsin grow from infancy to where we are now-a leader in the commercial real estate industry,” said Kost “I am looking forward to working with the Board and members as we push for economic development in Wisconsin.”

The remainder of the officers elected include Lyle Landowski, Colliers International as President Elect, Ryan Marks, Ryan Companies as Treasurer, Scott Langlois, Quarles & Brady as Secretary and Dick Lincoln, the Mandel Group, as Immediate Past President.

In addition, the Chapter renewed the terms of several continuing Board members:

Following the business portion of the Annual Meeting, Charles Franklin of the Marquette Polling School gave a discussion to NAIOP members about the upcoming elections.

NAIOP Wisconsin is grateful for the efforts of all of its members and looks forward to another busy and productive year in 2014!