Consisting of multiple phases, The Sigma Group led planning and outreach for a major bike and pedestrian trail way system for the Wisconsin Department of Natural Resources (WDNR) Hank Aaron State Trail that crosses Milwaukee County. The Menomonee Valley Passage, trail extension from 37th Street to the County line, Three Bridges Park, and 6th Street Bridge Ramp to Reed Street Yard creates over eight miles of bike trail for commuting, links to existing neighborhoods, and the formation of a 24-acre natural park in the most densely populated area of Wisconsin. The projects successfully merge the area’s natural, urban, cultural and historical elements. 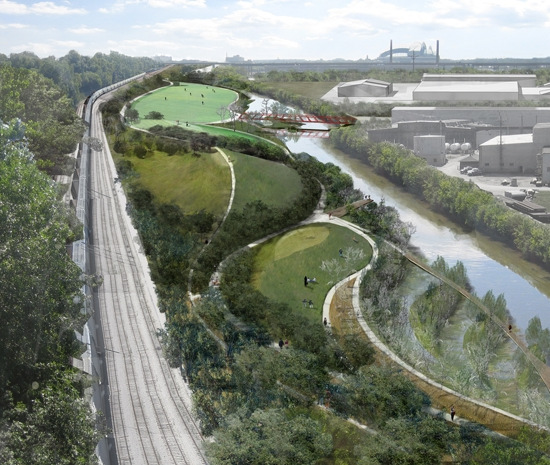 Serving on the multi-discipline design team, Sigma was instrumental in interacting with stakeholders, community groups, neighbors and business to formulate a design that is sensitive to desires and needs. Through the planning and design process, the design team interacted with stakeholder groups in value engineering forums, public meetings, listening sessions and issue-oriented conferences to address such desires as Americans With Disabilities Act accessibility, public safety, sustainable approaches, biking needs, operation and maintenance, and historical integration with the surrounding community.

The Valley Passage was the initial phase of the project involving a river crossing, railroad passageway, and bike ramp connecting the near south side with the Menomonee Valley Industrial Park.

The second phase involved a six-mile trail extension as a “rails to trails” linking with the Oak Leaf Trail at the County line including a new pedestrian grade separation structure at Hawley Road and conversion of five railroad bridges into bike and pedestrian bridges, including a bridge listed on the Historic Register.

The third phase of the project included the design of a 24-acre urban park with natural landscaping, stormwater features, and approximately one mile of State Trail along the south bank of the Menomonee River to accommodate access for bicyclists, pedestrians, and emergency vehicles. It also includes a cut riverbank, two pedestrian river access points, riverbank restoration, earthwork, a bicycle/pedestrian bridge over the Menomonee River and a bicycle/pedestrian bridge over a railroad.

The fourth phase completing the Hank Aaron State Trail added a new bicycle ramp and pathway at the 6th Street Viaduct and new structures on the east and west sides of the viaduct. One structure carries an accessible shared use path, while the other houses a stairway. Both structures connect to the bike lanes and sidewalks on 6th Street and the bike trail along the river’s edge as part of the Reed Street Yard Redevelopment, where Sigma led the site planning and design of new City street and infrastructure 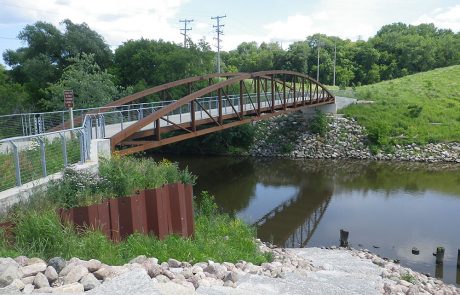 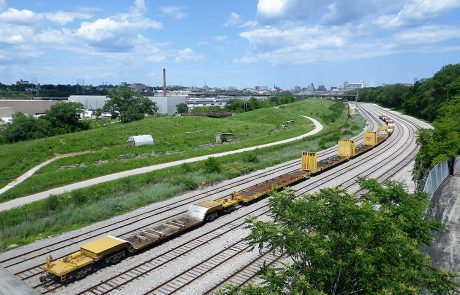 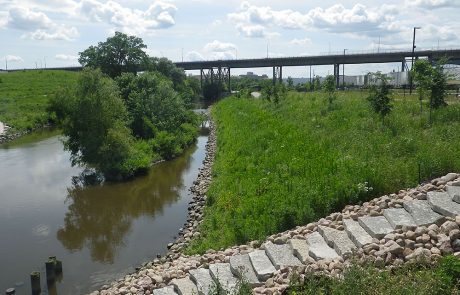 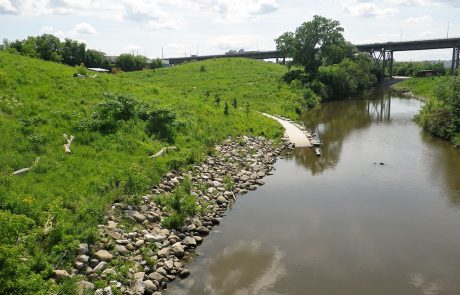